The Kingston-Keith Project is located in the Goldfields region of Western Australia, 450km north of Kalgoorlie. The Project area has good access, occurring immediately east of a major road, with excellent infrastructure in the local district including a gas pipeline, mining towns and airfields. Gold mineral processing plants are situated nearby at Wiluna, Jundee, Agnew and Darlot. A nickel mineral processing plant is situated at Mount Keith.

The Project consists of one granted exploration licence E53/1953 comprising 60 sub-blocks and covering an area of 152km2.

The Project is at the exploration stage of development with no Mineral Resources defined.

The Kingston-Keith Project is located in the Archaean Yilgarn Craton of Western Australia, a highly mineralised granite-greenstone terrane. The Company’s tenement covers a 30km length of Agnew-Wiluna Greenstone Belt a particularly fertile sequence of rocks where mineralising processes, which occurred billions of years ago, have created many substantial deposits of gold and nickel sulphide. It is host to the Wiluna, Agnew, Matilda, Williamson, Kathleen Valley and Bellevue gold deposits. Rock types are mainly volcanics (felsics, mafics, ultramafics), gabbro, granite and sedimentary rocks. The Agnew-Wiluna Greenstone Belt contains two major NNW trending regional structures; the Perseverance Fault and the northern extension of the Keith-Kilkenny Fault. It is a deep mantle-tapping crustal-scale structure which is considered by geologists to be crucial to the formation of major nickel and gold deposits along its length.

Within E53/1953 several prospects have been defined including the Kingston and Enterprise gold workings. Total production of these is recorded as 5,222 ounces of gold. Underground geological mapping and sampling of old gold workings by previous exploration companies determined that the historical mining followed north plunging high grade ore shoots within a north trending steeply dipping siliceous and ferruginous shear zone within a mafic volcanic, intrusive and sedimentary sequence where gold is hosted within quartz veins and splays off the main veins. Gold is structurally controlled, occupying northerly-trending, steeply west dipping shear zones. Gold is present in both quartz lenses and in sheared sedimentary rocks, with multiple ore shoots.

In addition to its gold endowment the Agnew-Wiluna Greenstone Belt is also host to world class nickel deposits; including the Mount Keith, Honeymoon Well, Jericho, Cliffs, Yakabindie, Cosmos, Rockys Reward, Harmony and Perseverance nickel sulphide deposits. These are all located in a narrow band of ultramafic rocks which occurs immediately west the Project’s western boundary. Both open cut and underground nickel mines have exploited these deposits since the 1970’s with nickel processing plants located at Mount Keith and Leinster. For much of the last 50 years nickel companies have held most of the ground in the area, so gold explorers have been generally unable to peg tenements within the belt. Nickel miners have focused on nickel exploration, generally ignoring gold. This has resulted in less gold exploration work being undertaken on the Project tenement than most areas of greenstone belt in the Yilgarn region. Geonomik consider the Project is underexplored for gold.

Past exploration on the Project has seen drill holes return interesting gold grades at several locations, however much more exploratory drilling is required to determine the continuity of mineralisation and to define mineral resources. Most of the drilling to date within the KingstonKeith Project has not tested the down-dip and down-plunge potential of the defined anomalies. Most of the tenement has not been drill tested to depth.

Positive attributes of the Kingston-Keith Project are: 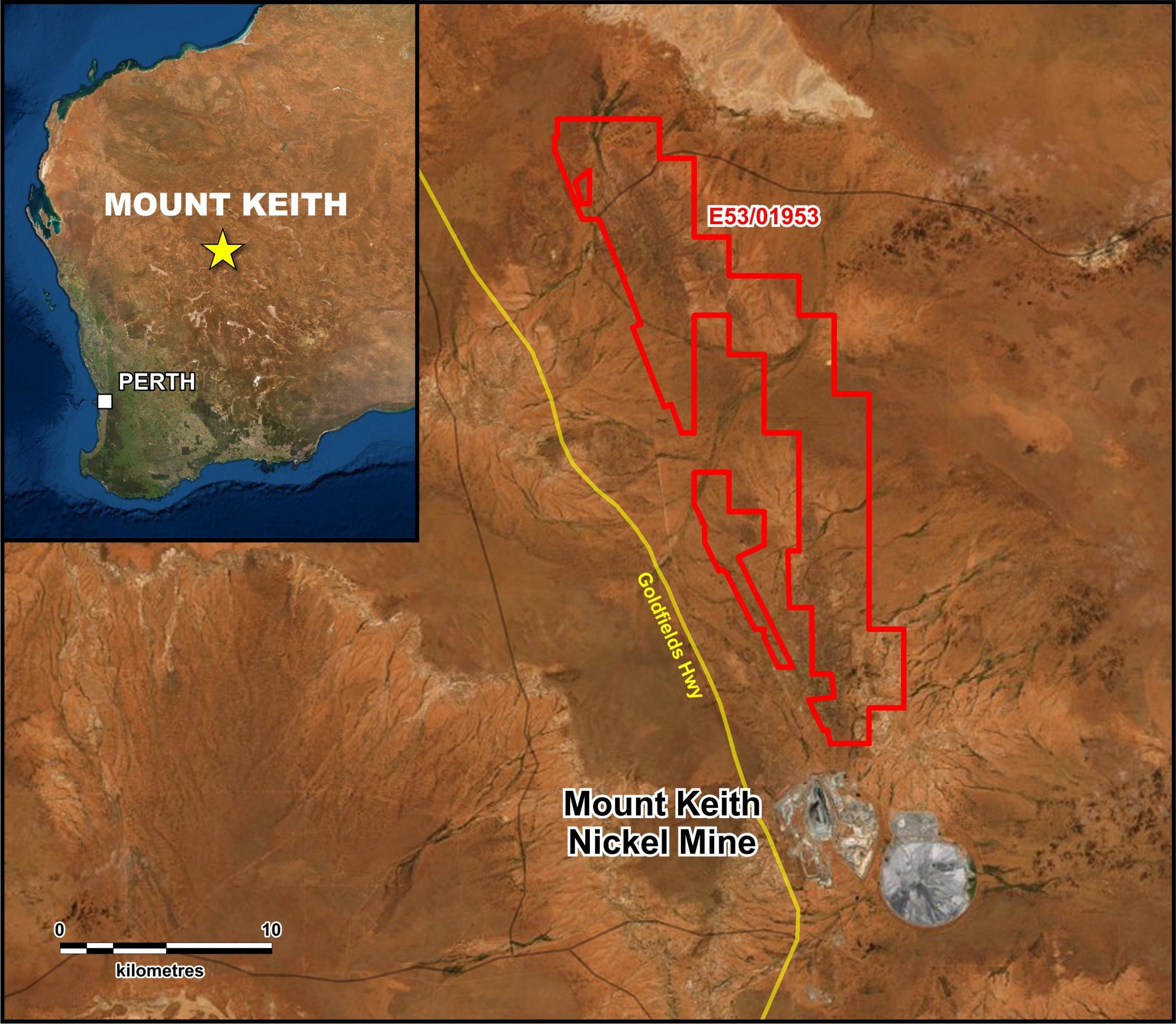