A large landholding in Western Australia prospective for Lithium and Tin

The Moolyella Property consists of one exploration licence covering an area of approximately 93km2 and is located in East Pilbara Shire, Pilbara Region, Western Australia. The licence is owned by Lithium 1 Pty Ltd, which is a wholly owned subsidiary of SunMirror.

Alluvial cassiterite (SnO2) was first identified in the Moolyella area in 1898 during exploration for alluvial and bedrock gold. Mining took place from 1898 until 1986 in the ore field, with a few brief hiatuses, and it is estimated that nearly 8,000 tonnes of tin concentrate was recovered. The tin grades at Moolyella, 2.40kg/m3, represent some of the highest alluvial tin grades in the World.

Approximately 141 tonnes of tantalite ((Fe,Mn)Ta2O6) ore and concentrates were also recovered in these operations, confirming the presence of tantalum in the area. Mining and exploration focused exclusively on tin.

The source of the tin mineralization is the Moolyella Monzogranite (2830 Ma), which has intruded older Archean orthogneisses of the Fig Tree Gneiss Group (3490-3460 Ma) and the Johansen Monzogranite (3131-3307 Ma). The Fig Tree Gneiss and the Johansen Monzogranite comprise the Mount Edgar Batholith, which is a gneiss-granitoid complex surrounded by contemporaneous greenstone belts. The highly evolved (fractionated) Moolyella Monzogranite has produced aplite dykes, greisen, and pegmatite sheets, all of which contain elevated concentrations of incompatible elements such as tin (Sn), tantalum (Ta), niobium (Nb), tungsten (W), and lithium (Li).

Weathering of low-angle pegmatite sheets (varying in thickness from a few centimetres to 3 m) and greisen zones at the edge of the monzogranite resulted in the formation of the Sn placer deposits.

Most of the early exploration on the licence focused on alluvial and eluvial tin, but Endeavour Resources targeted bedrock mineralization in an 18-hole drilling program in 1981-1982. Endeavour intersected numerous pegmatites with grades varying between 10 and 6,750ppm (0.675%) Sn, 4 to 110ppm Nb, and 10 to 120ppm Ta. The best intercept recorded was 12m averaging 1,099ppm Sn. Samples were not analysed for lithium (or rare earth elements).

In 2011 Lithex Resources conducted the first exploration for lithium on the licence while exploring for tin. Lithex identified lithium-bearing pegmatites in outcrop at Pegmatite Gully and Eluvial Gully with the two highest lithium concentrations of 1.25% and 1.06% Li2O. A 19-hole follow-up reverse circulation (RC) drilling programme in 2012 in the same area confirmed the presence of lithium pegmatites at depth. Most holes contained short (1 to 6m) intercepts of mineralization greater than 0.15% Li2O, with the highest-grade interval being 3m @ 0.30% Li2O (from 55m) in drillhole NERC005.

In 2014 Exterra Resources worked the property and conducted limited exploration, including reanalysis of Lithex RC reject samples, and outcrop sampling of lepidolite-bearing pegmatites. The best assay results returned 1.98%, 0.75% and 0.15% Li2O from the Pegmatite Gully area. The last exploration on the licence was in 2018, when Duketon reported the results from pegmatite outcrop sampling that returned one sample with 0.98% Li2O. 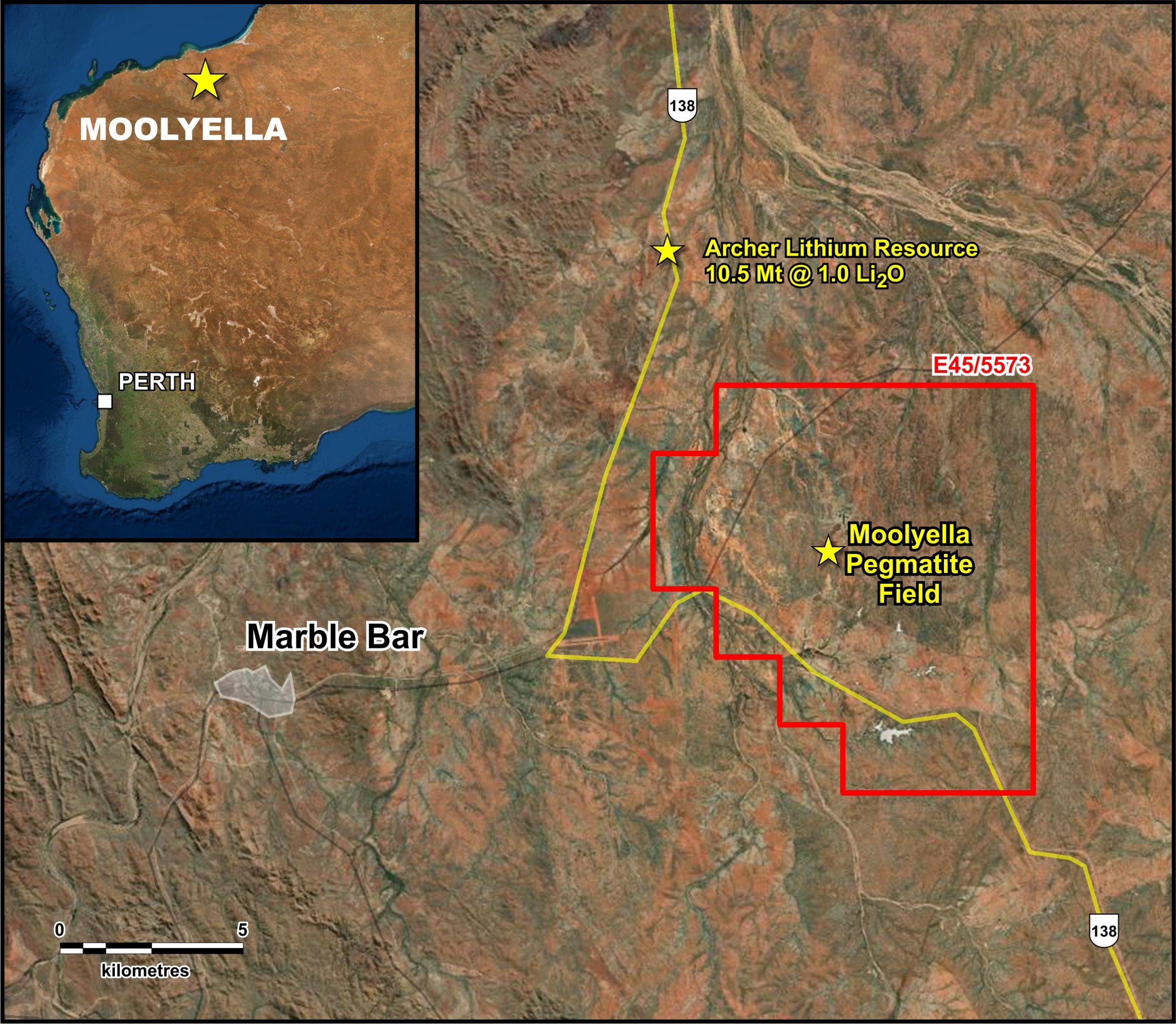